The pen will be a Mina made from ebonite, with an 18k gold nib.  The nib can be F, M, or B.  I can also customize the nib to any specification.  The filling system will be a cartridge/converter and/or eyedropper in the same pen.

With the Mina project, we are going to take a slightly different approach at revealing the lacquer technique. We have decided that it will be interesting to reveal the process one step at a time as we have been doing with the previous projects, but this time, we won’t be showing you a sample of the final product ahead of time. Make sure you follow along with the process and watch carefully what’s going on, imagine what the next step might be and try to guess what the technique is along the way!

Below are progress photos of this project….

12.2.11
Ebonite Substrates – These are the pens, freshly made, ready for lacquerwork.

Pens Mounted – The parts are separated and mounted on wooden dowels for handling during laquerwork. 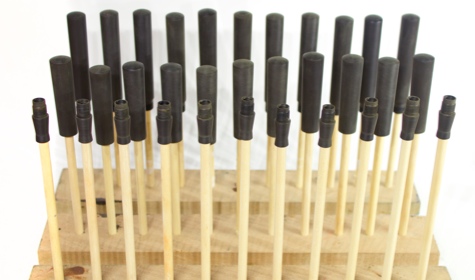 Gatame and Nakanuri – As with the beginning of the typical lacquer process, the first layers of black lacquer are applied to create a foundation layer for the subsequent lacquerwork. The raw ebonite is first impregnated and hardened with raw lacquer, then several layers of black urushi is applied, sanding in between each layer. After the final layer is sanded, next comes the part is what makes this lacquer technique unique. 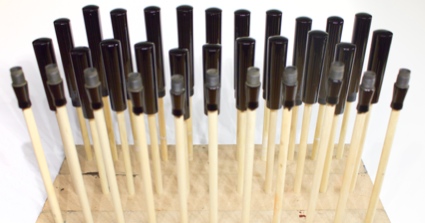 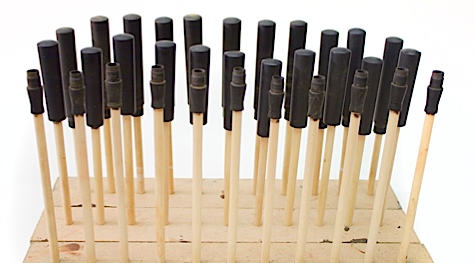 This is only the beginning!  Look forward to a video update!

3.29.12
Keshifun Maki
After the pattern created in the previous step has fully cured, now comes the second application of gold powder. This gold powder is called keshifun and is the finest powder available. The whole surface of the pen is first rubbed with urushi then wiped off. The small amount of urushi that remains on the surface after wiping is enough to adhere the keshifun. After applying this gold powder, the pen is cured in the cabinet. 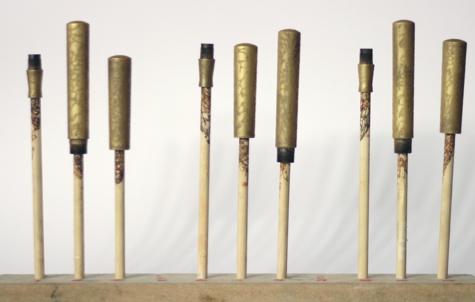 Upper Layers
Once the keshifun layer has cured, it’s time for a few layers of translucent urushi. The urushi his applied thinly and three coats are applied. The first photo is of the first layer prior to curing and the second photo shows the completed upper layers after curing. 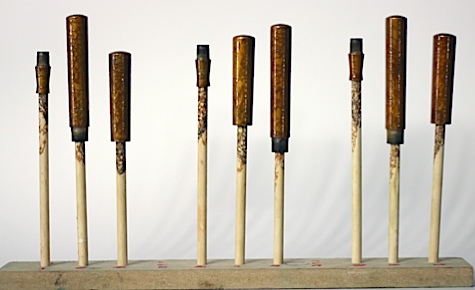 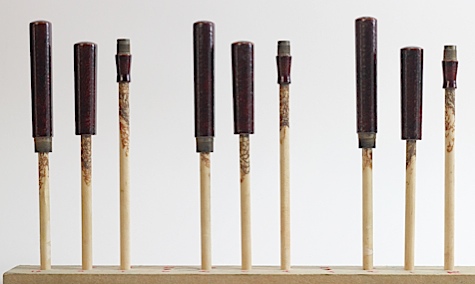 Sanding
Finally it’s time to reveal the patterns created through the layering process. The surface of the pen is gently sanded down to just expose the raised gold powder created by the dipping technique, while leaving urushi and the keshifun gold powder visible in the shallow recesses. Once the pen has been sanded down completely, the gleaming gold network becomes visible against the deep translucent urushi in between. Now begins the polishing process and completion. Almost there! 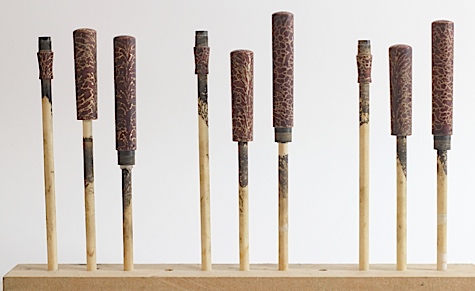 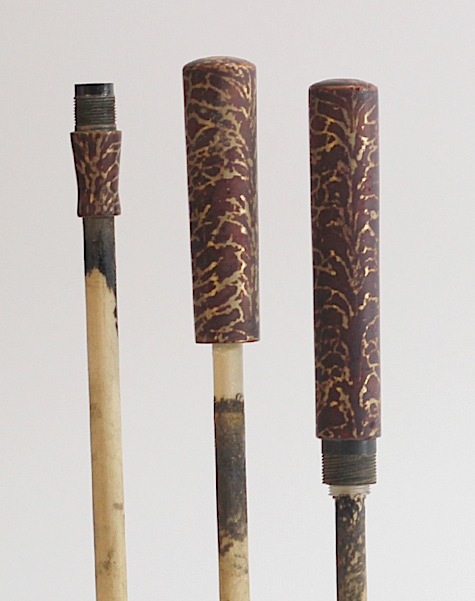 If you are interested in purchasing this pen, email me.  Price is $850 and then shipping.

THE EDITION IS SOLD OUT