This new Urushi project will be based on the Herald Pen.

This is coming on the heels of the Pearl Urushi Project, which was a smashing success.

version of the Herald.  This will be a Limited Edition of only 20 pens.

The Urushi Pearl technique was definitely visually active.  This Urushi Herald will be in cooler tones and more subdued, in comparison, using shades of teal blue accented with gold.  See the photos below.


This technique is similar to the one used on the Urushi Pearl Project with the key differences how the mottling is applied and the pigmentation of the lacquer. The base color of this lacquer was produced by carefully choosing a mixture various modern and traditional pigments to produce a lacquer that would not darken excessively while maintaining the same degree of durability and hardness urushi is known for. The different shades seen in the sample were then created by adding small amounts of a tinting pigment to produce lighter tints of the same color which were then applied in subsequent layers to produce an active play of shades. The gold accents used in this technique, is 23.5K gold powder of the same sort used in the Urushi Pearl Project

Here is a photo of the Herald Pen.  Based on this poll at the Fountain Pen Network, this will be a clipless pen.

And here is an example of the Urushi technique that will be used on this pen…. 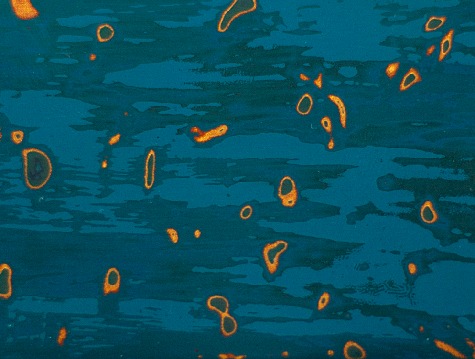 The same as the Pearl Urushi Project, we are taking orders, and then the pens will be constructed.  The process will be documented with photos and video so you want watch your pen being "born".

Brian at Edison, and Ernest at Hakumin Urushi

One reply on “The Urushi Herald Project…”

Lookin’ snazzy Brian. I know the Pearls looked crazy awesome in person, I’m curious to see how these next ones turn out. It’s always exciting to see what you come up with!